I have a patient who doesn’t like vegetables. In fact, this person is also not a fan of water (sans flavoring), exercise, nor high fiber foods such as legumes. This scenario is, in many ways, a perfect setup for a number of lifestyle-related chronic diseases, including hypertension. This patient has been on a cocktail of medications for many years but expressed to me that they’d like reduce the list. So, it was with great excitement that I recently shared emerging research on a natural, food-based approach for reducing blood pressure with this individual.

But, first, a little science background. Nitric oxide or NO, is an important signaling molecule in humans and is required for a large number of reactions and biochemical pathways in the body. NO can be made by the body (endogenously) through various, intricate enzymatic pathways and also through non-enzymatic pathways which require precursor nitrates and nitrites.1 One of the best sources of nitrates is the diet; beetroot and leafy greens such as arugula and spinach being some of the highest sources of dietary nitrates.1 After consumption, the dietary nitrate molecules are metabolized by oral bacteria into nitrites which are then endogenously transformed into the cardioprotective NO molecule.2-3

As noted above, NO plays a critical role in cardiovascular health. For example, low levels of NO in the body can lead to various pathologies, most notably endothelial dysfunction which contributes to hypertension and atherosclerosis; low NO has also been found to play a role in diabetes and hypercholesterolemia.1 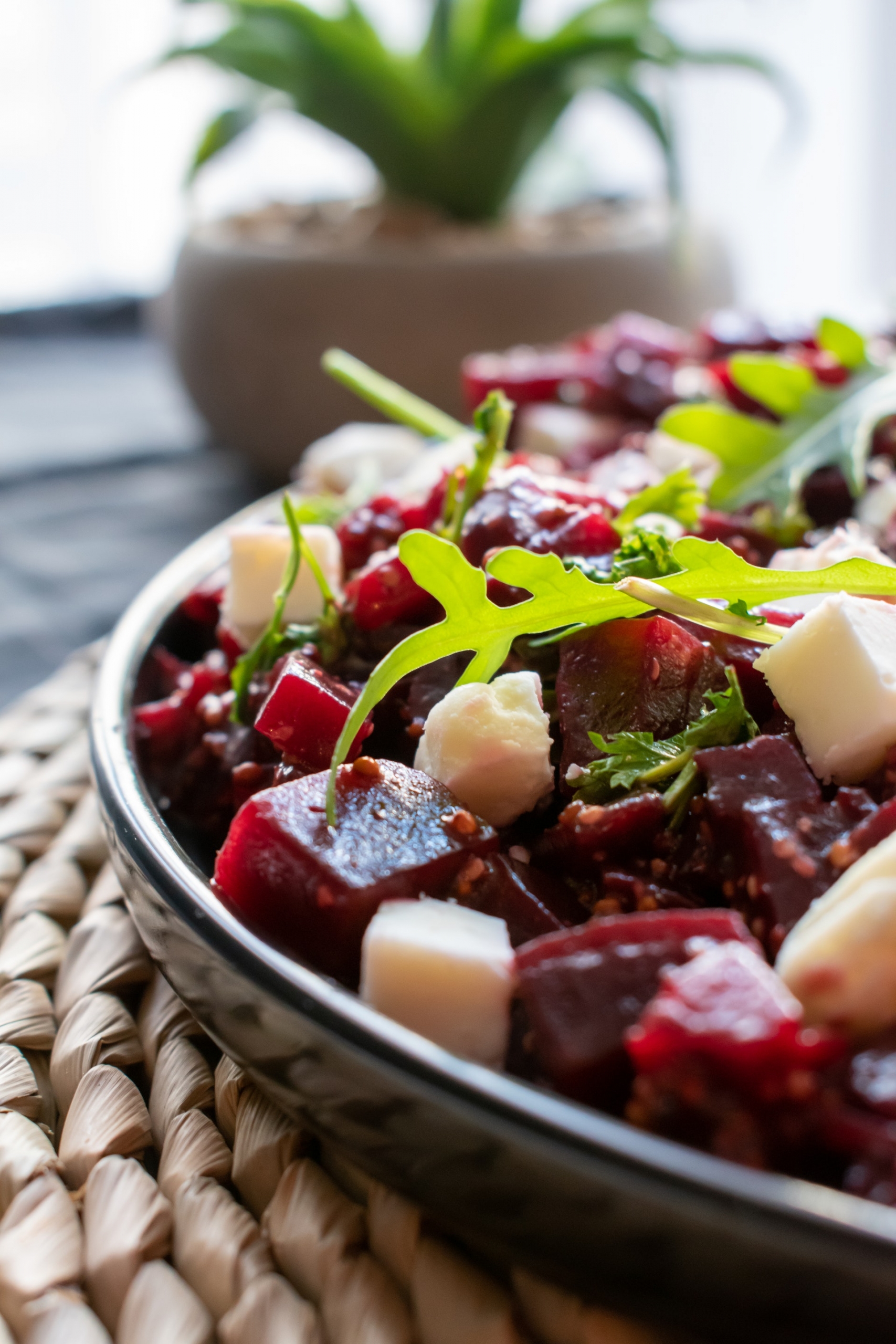 In contrast, healthy levels of NO in the body support vascular tone, healthy blood flow, leukocyte adhesion, and platelet aggregation.1 Consuming food-based nitrates on a routine basis, then, would seem to be a logical next step for those desiring to prevent or treat NO deficiency-related disease processes. And, in fact, that logic is backed by science, which is the exciting new research I was hoping to share with the unnamed individual mentioned earlier.

Many of the studies in this review, utilized beets and beetroot juice as their sources for nitrates in their research. I don’t know about you, but my mother always made sure I ate my beets. These colorful root vegetables have leaves that are also edible and are classified in the Amaranthaceae family, the same family as quinoa, spinach, and lamb’s quarters (AKA wild spinach).5

One of the beetroot studies was a double-blind, placebo-controlled clinical trial that randomized 68 hypertensive individuals 18-85 years of age to one of two groups: 250 mL/day of beetroot juice or the “placebo”250 mL/day of nitrate-free beetroot juice for 4 weeks.6 Participants consumed their respective drinks daily for 4 weeks; this was preceded by a 2-week run-in period followed by a 2-week wash-out period. The trial found that daily supplementation with dietary nitrate from beetroot juice was associated with a reduction in blood pressure: systolic ↓7.7-8.1mmHg; diastolic ↓2.4-5.2mmHg.6 Additionally, endothelial function improved by approximately 20% and there was a reduction in arterial stiffness by 0.59m/s.6

These clinical trial findings are in agreement with a review and meta-analysis7 that analyzed results from multiple studies investigating the therapeutic benefits of beetroot juice supplementation on blood pressure. This review found an overall reduction in systolic and diastolic blood pressure of 3.55 mmHg and 1.32 mmHg, respectively, and these reductions were significantly greater in the beetroot juice supplemented groups vs. control groups.7 This same publication also noted greater improvements in blood pressure with higher (500 mL/day) vs. lower (70-140 mL/day) beetroot juice doses or with longer periods of consumption (≥2 weeks vs. <2 weeks).7

So, as in every good story, there is a moral. First and foremost – listen to your parents. Next, make your plate colorful and eat your vegetables, every day and lots of them. Finally, incorporate beets and other high-nitrate foods such as spinach and arugula into your healthful diet.